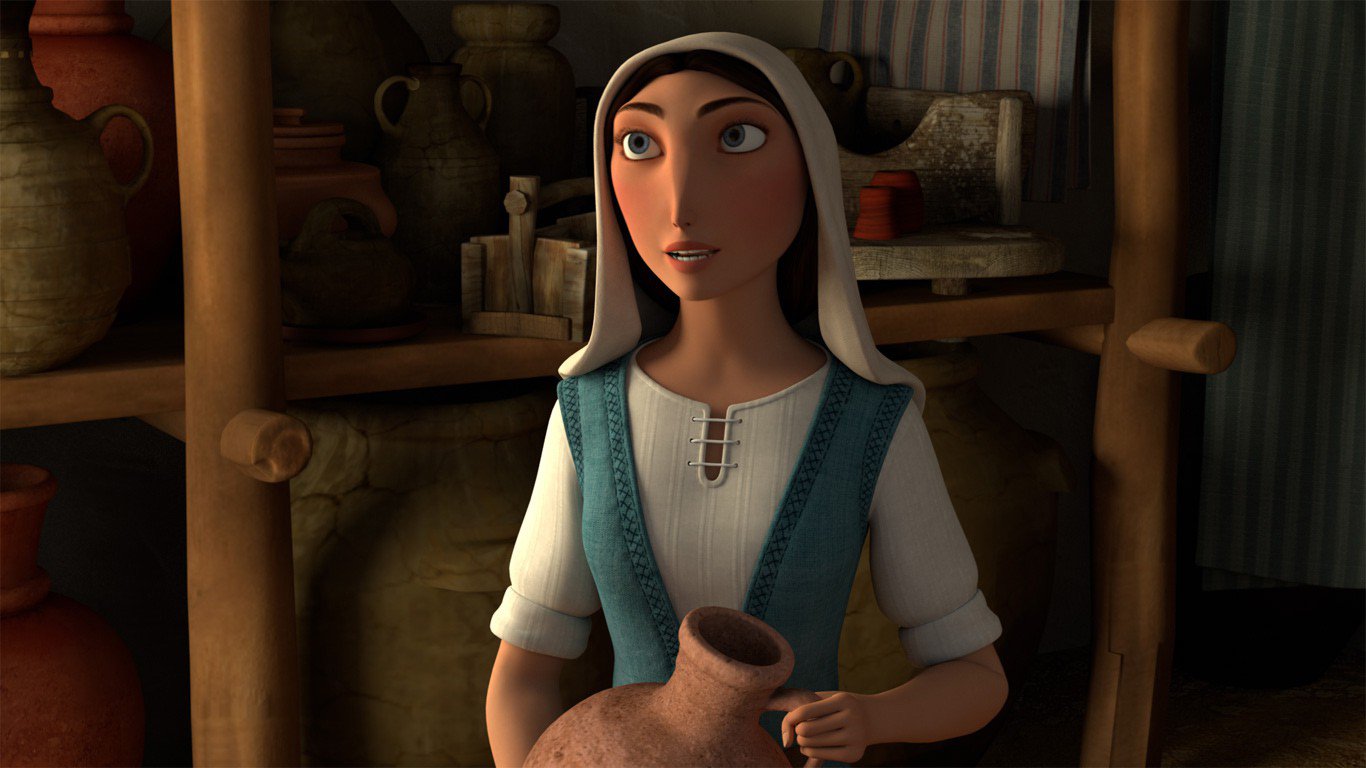 Scripture tells us that Mary was a peasant girl from the obscure village of Nazareth, and a person of great faith and devotion to God. We know that she caught the eye of “a righteous man,” Joseph, a poor carpenter who was pledged to be her husband. When the angel Gabriel appeared to her and announced that she would bear the promised Messiah, she didn’t doubt that God could cause such a thing to happen - she simply asked how she was going to have the baby, since she was a virgin. Mary also showed enormous humility as she accepted God's task, saying, “Let it be as you have said. I am a servant of the Lord.” Mary’s song of praise, the Magnificat, is a song of spontaneous worship that draws on deep theological themes and ancient prophecy to extol the grace and mercy of God for sending the Messiah to save His people. Clearly, Mary knew God and His Word and was perfectly suited to nurture the Promised One of God. Luke 1:26-56; 2:1-7ff.

Actress Clara Scott articulated the beautiful voice of Mary in The Promise. Scott, a native of Toronto, Canada has also voiced characters for two seasons of the animated series The 99 for Endomol U.K. and sung on Sesame Park for CBC-TV. Most recently she played Claire in the Canadian premiere of the Off-Broadway production of Ordinary Days and was featured in Theatre 20's Emerging Artists Ensemble, among many theatrical credits.